Paul Smith
Guide
BACK TO BLOG

With a normal development project, you can be relatively certain what you will secure planning permission for.

If you read the planning policies and speak to the council, you’ll have a reasonable idea of how many homes you can build, how much planning gain you’ll have to pay, and roughly when you’ll start building.

Why Strategic land is different

It can be years before development starts on strategic land, meaning you have little idea of what construction costs will be or what the completed homes can be sold for.

In fact, if you’re trying to secure a housing allocation in a local plan, the policies that will guide your development won’t even have been written yet.

That all spells uncertainty.

As a result a traditional “sale and purchase” contract – with a fixed price and fixed time period to buy - won’t really work.

What is an Option Agreement?

In many ways, Option Agreements are similar to a traditional contract. They still give a fixed time period in which you can buy the site and include all the usual obligations on the developer to work diligently to secure consent.

They do, however, have two major differences:

As the name suggests, these agreements just give you the option to buy a site.

If you decide you don’t like the planning consent, you find a better alternative, or your business strategy changes, you can simply decide not to exercise that option.

With the timescales involved in strategic land, this means you have greater flexibility should the wider property landscape shift around you.

Instead of agreeing a price at the outset, with an Option Agreement the purchase price is calculated once planning permission has been granted.

This price will be based on the site’s market value, less a pre-agreed percentage to reflect all the upfront cost and risk the developer has incurred to promote the site.

For developers, this means that they have certainty they won’t overpay and, for landowners, it ensures that the price will reflect any increases in house prices since the project began.

The biggest disadvantage of an Option Agreement is that it can foster a sense of mistrust between the developer and landowner.

For starters,  ‘market value’ is an estimate. If you ask three estate agents to value your house, they’ll give you five different answers and the same is true with estimating the value of development sites.

Market value is also an estimate based on the planning permission that was actually secured. Perhaps it was possible to fit more homes on the site, or maybe the engineering designs are a bit conservative – with deeper foundations than are strictly needed and an inefficient drainage design. These can be rectified once the site has been bought – but that’s after the price has been set.

It is entirely rational for the developer to try to minimise what they pay for the site by using pessimistic assumptions and proposing inefficient designs, yet it is very difficult for a landowner to prove they’ve done so.

Because the owner has to sell the site, there is plenty of scope for dispute and for landowners to feel they’ve been short-changed.

And that's why some landowners will turn to a Promotion Agreement instead.

What is a Promotion Agreement?

Promotion Agreements help to overcome some of those concerns for landowners.

Unlike an Option Agreement, a Promotion Agreement doesn’t provide the right to buy a site. Instead, a company partners with a landowner to deliver planning permission on their site – usually at no initial cost to the landowner – before marketing it for sale.

The landowner is obliged to sell the site to the highest bidder with their land promotion partner receiving a share of the selling price as their fee.

This has two key advantages:

This is a partnership rather than a buyer-seller relationship.

Instead of being based on market value (which, as we saw above, can be a subjective estimate), the landowners payday is based on the actual selling price – a key distinction.

When a land promoter brings a site to market through a Promotion Agreement, any developer who wants to buy the site is incentivised to be optimistic – pushing selling prices as high as they dare, forcing build costs as low as they can, and re-drafting layouts and engineering designs several times to squeeze out every last efficiency.

The result is an upward pressure on the land value, with the landowner selling the site to whoever does the best job of maximising the land value.

Option vs Promotion – which is better?

When it comes to these two agreement types, neither is ‘better’ or ‘worse’. Both types have their place in different circumstances.

With Option Agreements, landowners will see benefits when demand for a site may be weak – perhaps because of location, or size – as it provides the comfort of knowing a developer is committed to the site. They can also deliver a sale more quickly as there’s no need for a marketing exercise once planning permission is granted.

For the developer, it guarantees they can build out the site themselves if they’re so inclined, rather than risking being outbid.

But Promotion Agreements may be preferable where market demand is likely to be strong and the landowner’s objective is maximising what they get paid.

Developers then get the maximum payday from the planning work, while freeing up their capital for other Promotion Agreements, rather than tying it up in the build itself.

But, whichever choice is agreed upon, the key thing is establishing a good relationship between developer and landowner, and securing that planning permission.

Want to get started in Strategic Land?

Find out the four steps to a successful strategic land deal – and how to make the process as easy as possible – with our free eBook. 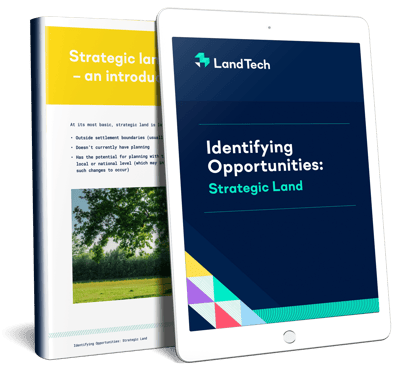 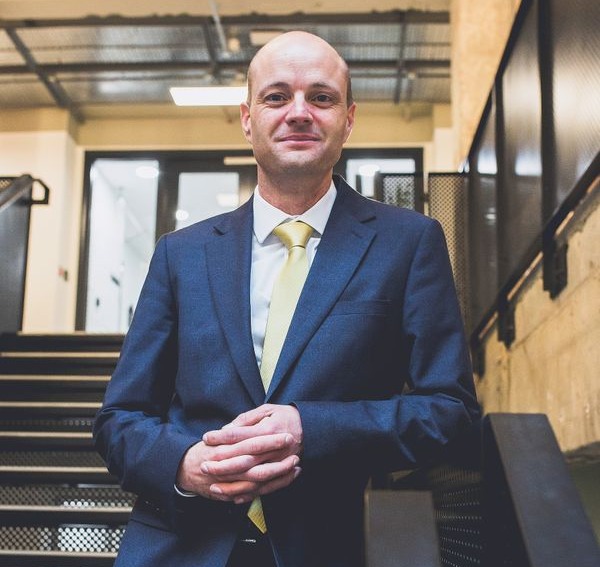 Which areas are building more homes than last year? – Heatmap