12 Big Talking Points from our LandSymposium

Yemisi
Industry News
BACK TO BLOG

The property industry sometimes has a bit of a communication problem.

So last week we ran our first LandSymposium – an invitation-only event with a mix of people from around the property industry.

The plan? To discuss the issues the industry is facing, and come up with some new solutions.

Here are some of the big talking points from the day.

How can we all improve the process of finding and acquiring smaller sites for residential development? And how can we make life easier for SME developers?

Vendors are terrible at knowing the value of their site.

Why? Well, mostly optimism – it’s often their most valuable asset, after all. And agents talking up the price to get the site on their books don’t help (even if vendors are later presented with evidence that it was overpriced, they still have their heart set on that overinflated value).

But the big reason is that a little knowledge is a dangerous thing.

Often vendors do some basic research and see that a developer could build, say, 20 flats at £150,000 each on the site. They then base their asking price on this total, wanting a piece of the action.

But that’s not how it works.

As an industry, we need to educate vendors and set more realistic expectations so that not only are more deals done, but that everyone comes away happy.

It’s no secret that sometimes the property industry can get a bit of a bad reputation. Sure, there are some bad apples, but the main reason for this reputation is fairly simple.

Often it’s assumed that developers are making a fortune, and everyone else is trying to fight for their (in their minds too small) slice of the pie.

In reality, it’s the developer who takes the risk. They organise the build, manage the processes, deal with all the problems and stress, and they still often make less than the landowner (who doesn’t have to deal with any of this).

We need to empower developers, agents, promoters – everyone – to put their best foot forward and show the huge benefits they bring to local areas, and build some trust in the process.

Attendees did say that finding off-market sites is easier than ever thanks to a certain site-sourcing platform (*cough*) – but there’s still plenty the wider industry could do.

In particular, finding ways to work with local authorities to source smaller sites could be a game-changer.

SMEs are unlikely to have the budgets to buy the huge sites that local authorities tend to offer. But if these sites could be broken down into several smaller sites instead, it could bring some much-needed investment and diversity to an area. 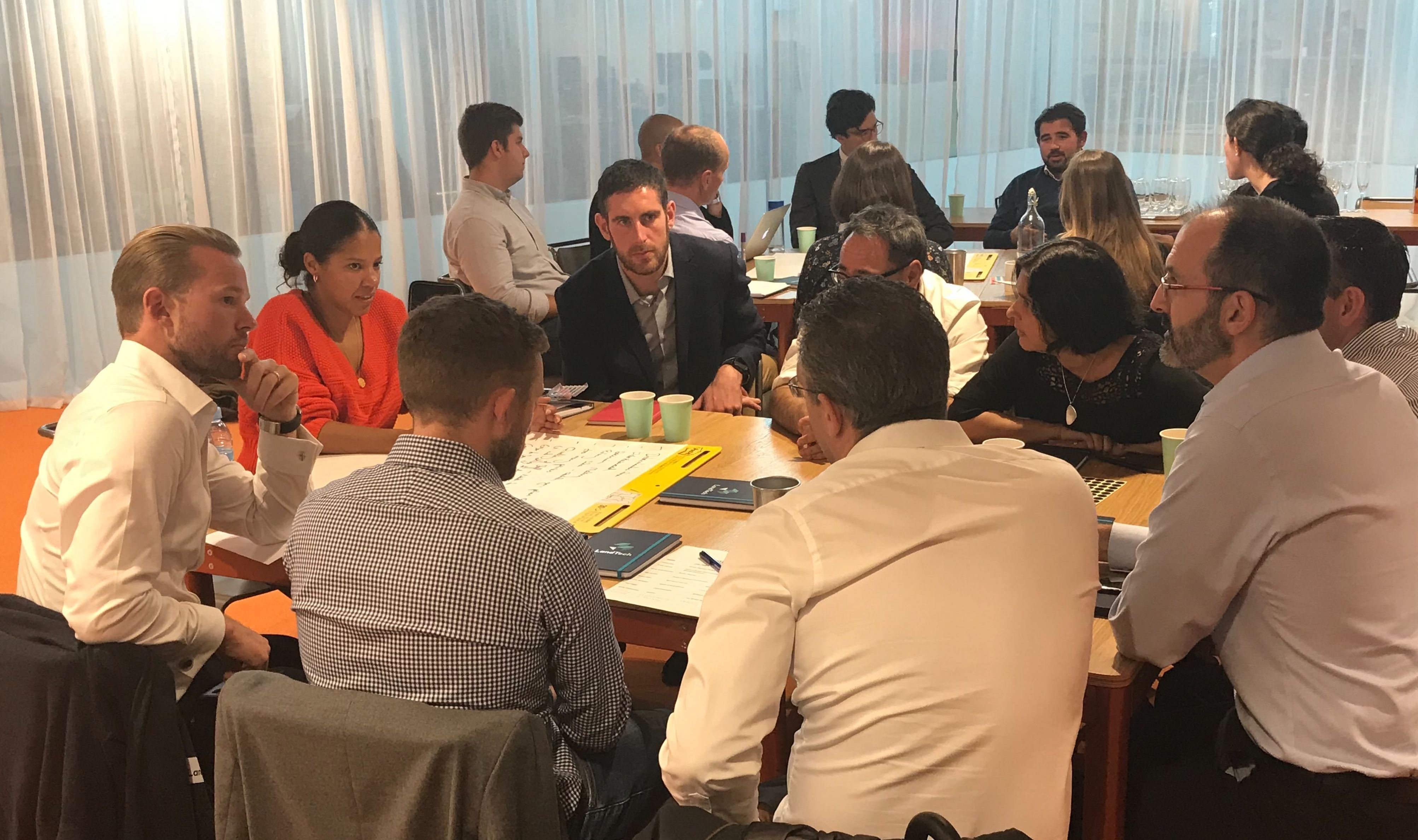 What does the current planning system look like? Where can it be improved? And are there improvements that can start from the bottom up?

No one in the property sector exactly has an easy life. But it must be said that planners have a tough old time of it.

They’re expected to do too much with too little. As a result, bottlenecks are inevitable.

But when these inevitable backlogs occur, people get annoyed at the planners, not the infrastructure they’re working in.

Which has another big impact...

In most countries, town planning is a respected profession. Being the Head Planner of a local authority is the pinnacle of an illustrious career. And for good reason.

But here? Planning is often seen as a… well, let's just say it's often an under-appreciated job.

Here, planners are often seen as blockers. The people who say “no”.

So why would talented professionals want to enter the sector? And why would those who do go into the public sector and not the private?

Then of course, without new planners the industry gets slower and slower, taking us back to point one. Which further fuels this point.

The planning process will always involve politics. We’ll never get rid of it entirely, but is there more we could do to alleviate the issues?

For instance, could we work with councillors to offer them training and insights into how development works? To get rid of any misconceptions and show ourselves for what we really are – people trying to build more homes?

And then, could we work with them to find out exactly what they’re after, and why?

Then, developers could focus on applying for what councils actually want, boosting the odds of approval. 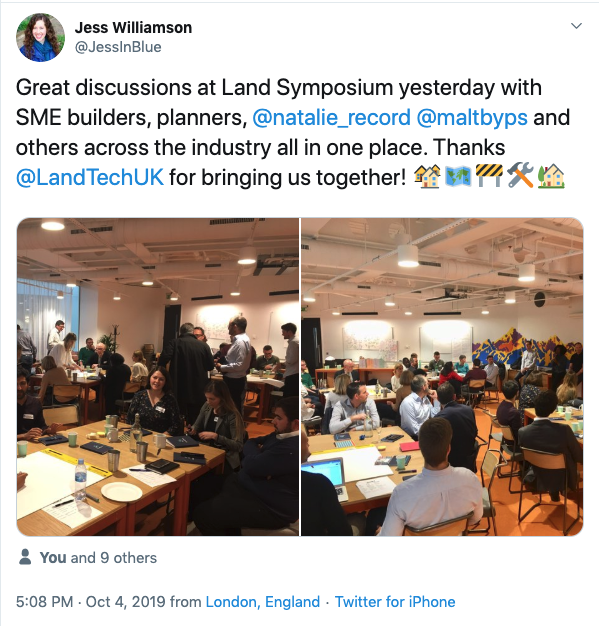 What does diversity in housing product really look like? What role could collaborative partnerships and SME developers play in making diversity a reality?

SME can probably never compete with the big players on price. But what they can do is come up with other ingenious ways to differentiate their products.

Sometimes the answer is to keep doing things the same. But the fact that they’re asking the questions is incredibly valuable.

And they do this by asking questions. Things like:

- How can we make a site more environmentally friendly?

- Do people really want their cars on driveways, or would they be happy with communal parking areas if it meant another room on the house?

- Is the standard three bedroom semi-detached really what buyers want these days?

Sometimes the answer is to keep doing things the same way. But the fact that they're asking the questions is incredibly valuable.

A few developers discussed the way London is helping developers and the local community in one swoop.

In London, developers who pledge to build at least 35% affordable housing on a project have their planning application fast-tracked.

Developers love the clarity, the cut to their risk and the faster turnaround. And the local area gets more affordable housing. It’s a double attack on the housing crisis. Win-win?

Now, with London house prices at dizzying heights, the definition of ‘affordable’ is likely to leave some with their eyes watering. And of course, as a lot of people mentioned, there needs to be a metric to ensure the quality of the 35% is just as high as the remaining 65%...

It’s tempting to think that the housing market we have now is inevitable. But that’s not the case at all.

People quoted many examples that show other ways to do things, like how self-builds work in the Netherlands, or the rental market in Germany.

And there are already changes happening at home that could see new ways of working become the norm.

Take the emergence of the Build to Rent sector as an example. We’re seeing the rise of large dedicated shared rental space – turning the concept of ‘housing’ into less of a product, and more of a service.

And another great example was the Graven Hill development in Oxfordshire. This scheme involved the local authority offering an entire street of standardised plots that self-builders could buy to put their stamp (and their house) on.

It even got a series of Grand Designs devoted to it.

Could we see more of this in the future?

What role does PropTech play (or not) in our day-to-day lives? Can the digital revolution help with our everyday conundrums and time constraints?

Data is an interesting thing. The people we spoke to liked data, even when it wasn’t directly relevant to them.

But what kept coming up is how much time it takes to go through everything. In fact, one attendee said he manually accessed more than 100 datasets a week.

How sustainable is this going forward? How desirable is it?

And then there’s the more subjective data – would people trust that to technology?

Some people wanted to keep the subjective to themselves and trust their gut, but the majority of the room was eager for new tech to help with this side of the business too.

For many developers, the tech revolution can’t come fast enough, it seems.

Many people mentioned that they’ve got great access to data now (and made us blush in the process). But one thing they were all curious about – how could the data providers boost their tech adoption?

Not only will this mean faster processing for the providers, but it would have the secondary impact of helping the wider industry too.

Everyone knew that these data providers (people like local authorities) are busy. And while they could save time in the long run with new processes, the initial time cost (and, well, cost cost) makes it difficult to change.

And, most people admitted that, as frustrating as it is, they’d do the same if it was the other way around…

Running the LandSymposium wasn’t just about talking. We want action.

Firstly, we’ll take the ideas onboard and see where we can help. What can we do? Who can we speak to to alleviate some of the pain points, and implement some of the ideas?

Next, we want to build a community of the attendees. It’s so easy to get stuck in our own little worlds, siloed off from each other. But when planners, property professionals, public officials and developers of all sizes talk to each other and candidly share their experiences it could be transformative for both them, and the wider industry.

The big question – are we doing another LandSymposium?

Damn right we are!

By all of our metrics, the LandSymposium was a huge success. And that means we’re definitely planning to do more in the future.

Want to register your interest in coming along to the next one?

Drop me an email and I’ll keep you in the loop. 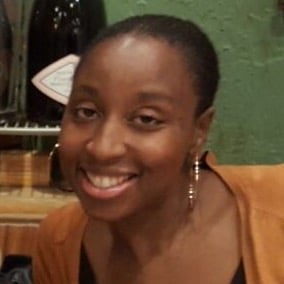 Yemisi is the Community and Partnership Manager for LandTech. After hearing about us in her time at Property Week, she wanted to come onboard and see what all the fuss was about (and she was pretty glad she did). She once fulfilled a lifelong ambition when she walked along the Underground tracks due to a broken down train. Though she was much less happy about it when it happened again a year later.